On of the great things about 7.62x39mm rifles (like the SKS) is that (for the time being) ammo is fairly inexpensive. A fellow who keeps his eye open for a deal can find 7.62x39mm in the range of $0.16CAD (for corrosive) to $0.30CAD (for non-corrosive) ammo. Of course being surplus ammo, finding ballistics data on this ammunition can be a bit of a trick. Granted, the 7.62x39 cartridge isn’t exactly a “precision” round, but intellectual curiousity had me wondering what the ballistic coefficient (BC) of this Norinco ammo was. 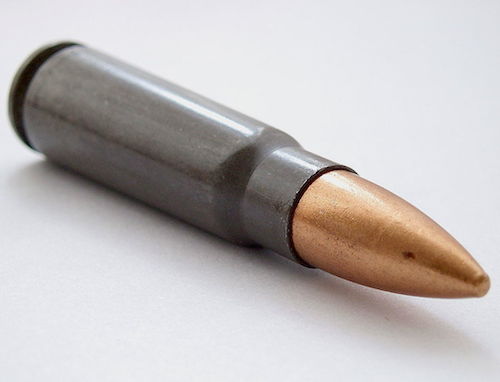 Given the right inputs, it is possible to calculate the BC for a given round. The tricky thing is that you need the velocity of the projectile at two points along the path of the bullet. This requirement makes it somewhat difficult (if not impossible) for the layman to perform his own amateur calculations.

Luckily, technology has improved a bit, and now the tools are available to track the velocity of a projectile. So, what does a middle-age guy do on a Friday night? Why he analyzes the data from his previous trip to the range and tries to figure out what the BC of this surplus ammo is.

(For the curious, I used the BC Calculator available from JBM Ballistics website)

First some environmental data that I recorded while I was at the range (or looked up on Google Maps) earlier this week:

Next, after firing 20 rounds through my SKS, here is the ballistic data from the rounds that were discharged:

I’ll omit the velocities from the flight of the bullet, we’ve got enough boring numbers. So running these numbers through the JBM BC calculator and we get the following two BC values:

Hope this information is useful to someone else out there.